Lithuanian Airports has launched a new open international tender and is looking for a contractor to build the new passenger departure terminal module in the northern part of Vilnius Airport, near the existing passenger terminals. Lithuanian Airports representatives claim that the re-tender will be carried out more quickly and a new contract will be signed by mid-autumn.

According to Arnas Dūmanas, Head of the Infrastructure and Operations Department of Lithuanian Airports, the tender of the new departure terminal at Vilnius Airport has not come to a standstill, but preparations for the new tender were made in advance, as legal challenges to public tender were encountered in the previous phase.

"Even after encountering legal obstacles in the previous tender and finding solutions, part of the team started to prepare for a new tender, so we now have the opportunity to react quickly and submit a new, adjusted tender, adapted to the changed context of the prices of contractual works," said A. Dūmanas.

According to him, the new departure terminal is a vital project not only for Vilnius Airport, but also for the entire network of Lithuanian airports.

The representative of Lithuanian Airports added: "This is a strategic project on which not only the further development and modernization of Vilnius Airport depends, but also the projects of Kaunas and Palanga airports, their commencement and their continuity".

He also recalled that a market consultation on the new contract works tender took place last week, during which the main changes to the tender documents due to price indexation were discussed with potential bidders, and the planned adjustments to the documents were presented, which were also welcomed by potential bidders. According to A. Dūmanas, there are indications that market participants are interested in participating in the tender and that competition in the tender will be guaranteed.

Lithuanian Airports would like to remind that the necessity to announce a new public tender came about after the contract was not signed with the former winner due to a significant increase in construction and material prices and the legal regulation of public tenders, which restricts the signing of the contract by changing the previously disclosed contract terms and conditions due to the indexation of the prices.

According to the technical specification of the tender, the new passenger terminal of Vilnius Airport is expected to cover an area of 14.4 thousand square meters, and the passenger capacity will double from 1,200 to 2,400 passengers per hour.

The new building will have two floors and is planned to include a self-service check-in area on the ground floor, where passengers will be able to check-in and check-in their luggage independently. There will also be common public spaces, cafés and other commercial areas, as well as airline offices. 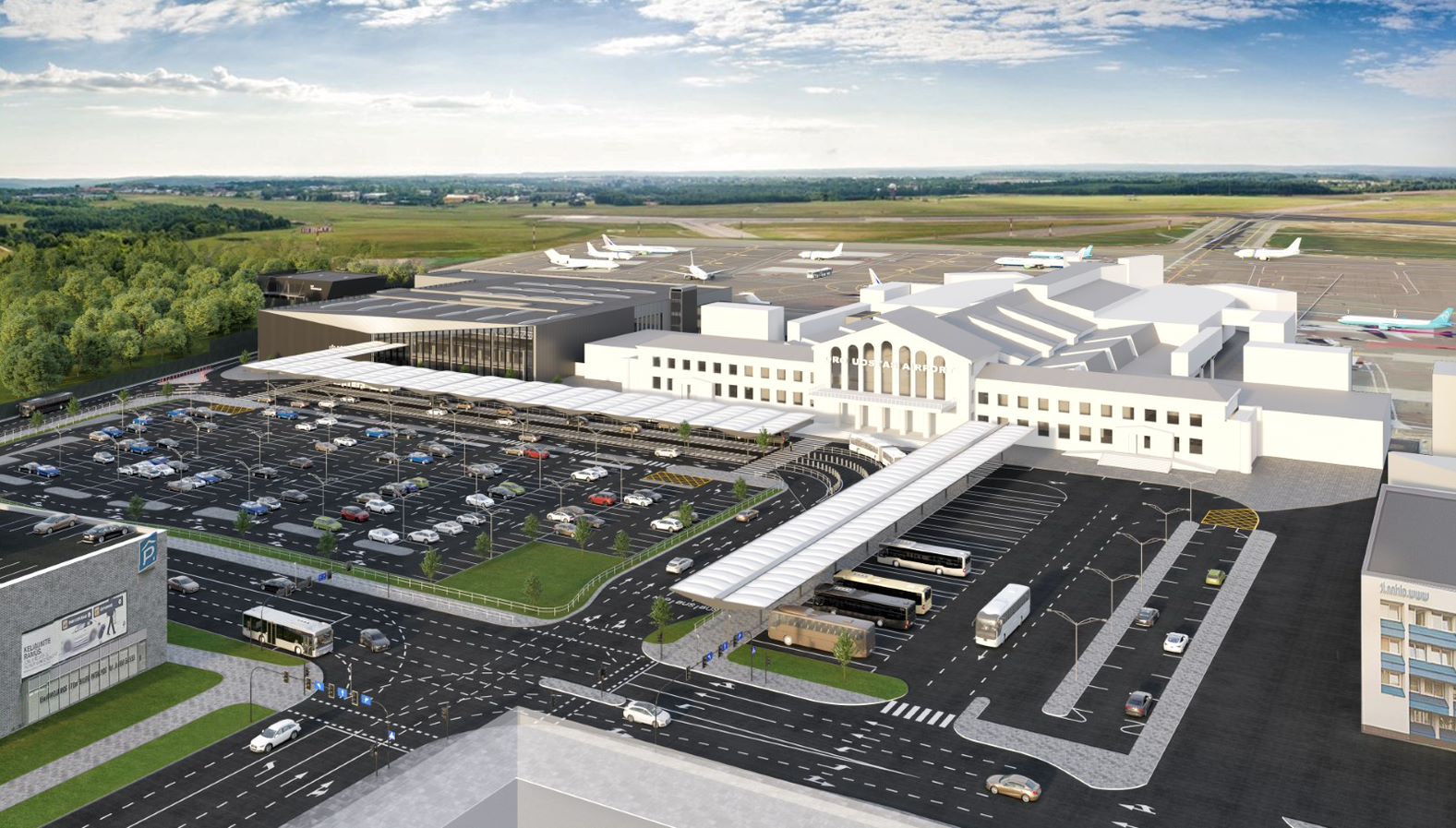